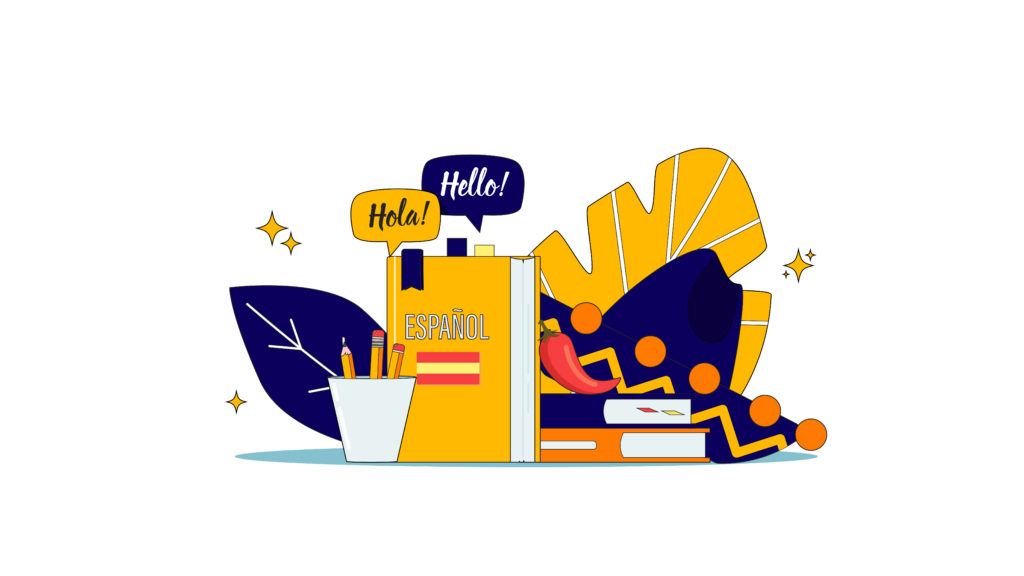 Are you wondering why is Spanish important to learn? It’s the second most spoken language in the world, opening you up to many exciting opportunities.

Why is Spanish important to learn? Because it’s the second most spoken language in the world and offers amazing opportunities!

One of the main benefits of learning another language is the freedom it offers. Being multilingual opens up a wealth of opportunities in regard to travel, work, and relationships – particularly in today’s globally connected world.

Spanish has several unique benefits that make it a great choice for anyone embarking on the journey to become bilingual. Not only is it one of the most spoken languages in the world (coming in at number two after Mandarin), it also has a reputation as being easier to learn than others.

So, for those wondering why is Spanish important to learn? We have some great reasons to help make the decision an easy one.

1. It’s the second most spoken language

Spanish is the second most spoken language in the world after Mandarin. With an estimated 471 million native speakers, it beats even English. Not only is it the first language of those born in Spain, but it is the primary language of most South and Central American countries, which are becoming more economically important on the global stage. Even if you go to the USA, you’ll be amazed at how much Spanish is a part of everyday life in certain states. This shows the importance of learning Spanish and why you should consider it instead of a less widely spoken language.

The great thing about Spanish is that it has clear rules, and there aren’t many exceptions to them. This isn’t the case with languages like English and French, which have many more exceptions.

Even reading Spanish is easier than most languages, as it is almost completely phonetic. When you look at a word in Spanish, more often than not you can easily sound out the letters and pronounce them correctly, unlike some common English words like ‘thought’ and ‘knead’. It also helps that many words are similar to their English counterparts, which makes remembering them a breeze.

Plus, there are countless resources available to learn the language, including courses (both online and in-person), audio lessons, books, videos, and more. So, there’s nothing stopping you from starting to learn Spanish today!

3. It can advance careers

As we mentioned earlier, speaking Spanish can open up a host of career opportunities. Not only does being multilingual impress employers, but you can take that skill and apply it to different positions at foreign-owned companies.

For example, if there is a promotion up for offer, and it’s between two people, it is much more likely that the person who can speak Spanish will get it. They can help expand the customer base beyond just English speakers. This is why employers frequently seek people who speak more than one language – with Spanish being one of the most in-demand.

Just think of the diversity of Spanish-speaking countries and their many varied industries, whether it’s mining in Chile, solar power in Peru, manufacturing in Mexico, petroleum in Colombia, and tourism and agriculture in Spain. They all trade with the world and need employees who speak Spanish and second languages to do business

4. It makes it easier to travel

The importance of learning Spanish in the 21st Century can’t be underestimated, especially for those who like to travel. For one, it makes visiting Spanish-speaking countries easier. These exist all over the globe, from Europe to South and Central America. Similarly, it gives you more freedom during your holidays. Rather than relegating yourself to the well-worn tourist paths, where almost everyone speaks English, learning Spanish is your passport to travel with confidence.

This bilingual ability opens up an entire world outside the package holidays. It allows you to explore without limits and interact with locals. These are the experiences that create lasting memories, and which aren’t possible when you don’t speak Spanish.

5. You have 21 countries where you can study abroad

No well-rounded university education is complete without a semester studying abroad. Of course, a major cause of anxiety for students planning an international adventure to a Spanish-speaking country is the language barrier. Learning the language beforehand, however, eliminates this anxiety.

Knowing a little (or a lot) of Spanish makes it easy to head off to a country like Spain or Colombia with confidence. An added bonus is it makes the actual studying even easier. Ask anyone who’s had to endure a three-hour university lecture in a language they don’t understand if they wish they’d known the language beforehand, and the answer will invariably be yes. That aside, learning Spanish opens up a person’s worldview. There are 21 countries that count Spanish as an official language. Just think of the amazing adventures you can have honing your language, having adventures, and discovering the world.

Were you one of the people watching the world’s most in-demand series on Netflix, Money Heist? This Spanish language series – La Casa de Papel in Spanish – was a fantastic opportunity to enjoy a crime caper and learn more about the Spanish psyche. Learning the language allows anyone to enjoy all that Spanish media has to offer. At any given time, there are so many popular Spanish series and movies on streaming services. Being able to understand what the actors are actually saying is immensely better than relying purely on subtitles.

There’s also the question of Spanish-language books. Whether a person is reading for education or entertainment, they are bound to miss out on both vital information and subtle nuances if they don’t have a strong grasp of Spanish. The best way to eliminate these headaches and devour all the Spanish-language media out there is to learn the language.

The importance of learning Spanish is huge, particularly for business owners. Speaking the language fluently opens up new markets in Spanish-speaking countries. And within those new markets is a whole new demographic of customers. In short, being bilingual will help any business owner achieve the core principle of growth.

Say a person owns a restaurant and wants to open a chain in a Spanish-speaking country. They’ll need to know the language to make this happen. Knowing the language means the owner can better give his or her customers what they want, which will bring in more business, which leads to greater profits, and on and on.

8. It can actually help improve English

This may sound counterintuitive but learning Spanish can actually help a student improve their English at the same time. As native speakers, we grow up learning English from family and friends. This natural method of language learning often results in many people not fully grasping the underlying mechanics of the language.

However, learning a second language like Spanish can help the student see English with new eyes – particularly as Spanish has a very structured grammar with minimal exceptions to the rules, unlike English. The learning process reveals the fundamental basics and complex principles of grammar and syntax. Next thing the student knows, their English is improving right along with their Spanish. This is the direct result of learning the rules of a foreign language and being able to apply those rules to the native language. It makes the student better at both.

The importance of learning Spanish in the 21st Century is growing as the world becomes ever more interconnected. In the internet age, there are ever more opportunities to learn a new language like Spanish, and with so many exciting Spanish-speaking countries becoming more globalised, there are opportunities ahead. So why not give it a try with iScribo and see how you go trying to learn Spanish. ¡Vamos!

PrevPreviousWhat pleonasms does Spanish grammar allow?
Next10 Latin and Spanish Writers to Improve Your StyleNext